We’ve had a bumper crop of tomatoes this year and I wanted a way to make use of these and make something nice for Christmas.  I’ve never really liked some of the old chutney recipes so I thought I’d develop my own so I can enjoy it with some cold turkey on Boxing Day.  There’s nothing like this in the shops and it’s really special. 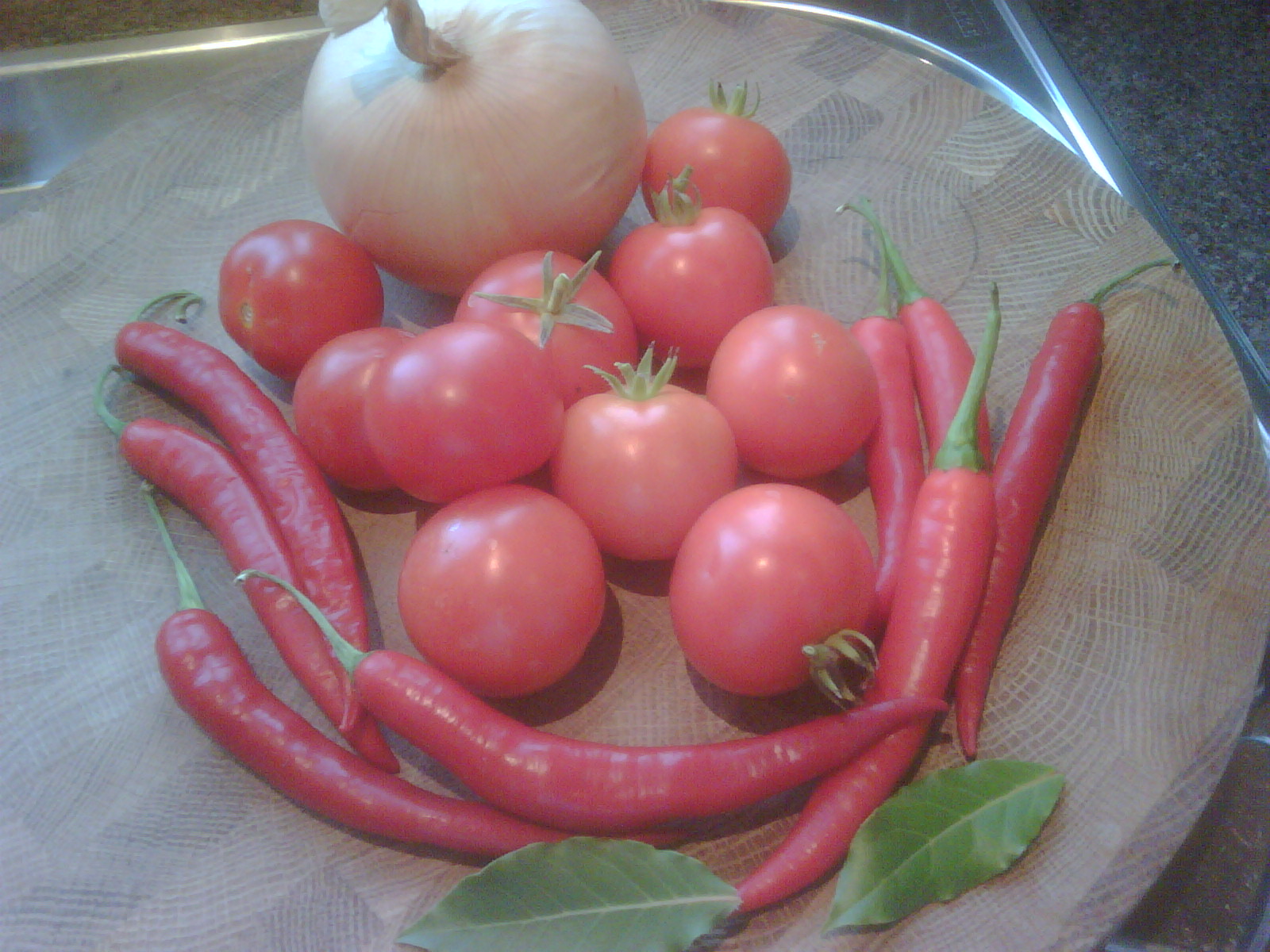 You will need two good, clean jam jars.  These need be sterilized so that there is no bacteria that could turn the contents bad while in storage.  There are two ways of doing this.  You can give the jars and their lids a good wash in the dishwasher just before you start work on this recipe or you can put the jars in a large pan of water and bring them to a gentle boil for 5 minutes.  Either way to make sure that the jars are dry and don’t get mold spores settle on them while your working, I place them on a baking tray in a warm oven and only take them out when I’m ready to fill with chutney.