It’s not released until the middle of November but Zoella Girl Online going Solo has already entered the Amazon bestsellers. 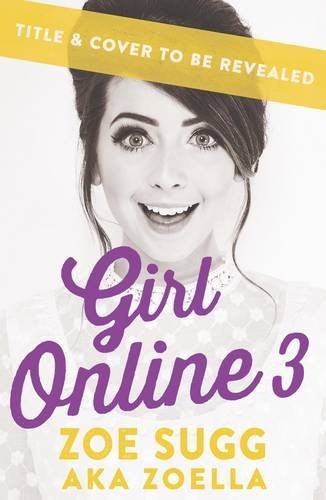 Zoe Sugg, aka Zoella, is a vlogger from Brighton, UK. Her beauty, fashion and lifestyle vlogs have gained her millions of YouTube subscribers, with even more viewing the vlogs every month. She won the 2011 Cosmopolitan Blog Award for Best Established Beauty Blog and went on to win the Best Beauty Vlogger award the following year. Zoe has also twice received the Best British Vlogger award at the 2013 and 2014 Radio 1 Teen Awards and the 2014 and 2015 Nickelodeon Kids’ Choice award for UK’s Favourite Vlogger, and she was named Web Star for Fashion and Beauty at the 2014 Teen Choice Awards.